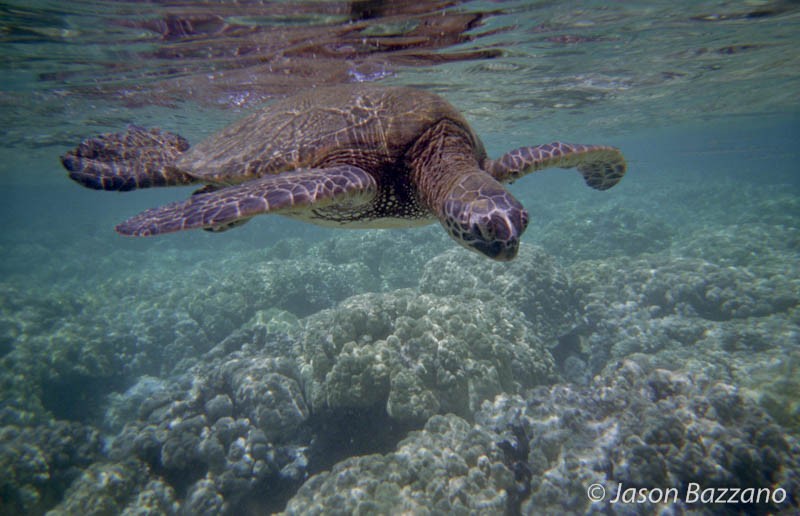 Which is more important: the survival of a species, or the habitat in which it lives?

It’s a silly question, really – if you want a species to persist (and you should), it clearly needs somewhere to live. You might be able to raise it in captivity, I suppose, but that’s a temporary solution that’s doomed to failure as soon as you run out of money or the inclination to maintain your project. So realistically we need BOTH the species AND the habitat in which it lives.

As silly as this question is, however, here in the United States we have an equally silly answer: the species is more important.

Back in 1973 when the domestic environmental situation was pretty bleak (not to imply that it’s all rainbows and jellybeans now, but it was REALLY bad back then), the United States Endangered Species Act (ESA) was enacted to try and protect our country’s most imperiled species. This has been THE primary tool in this country for keeping critters extant.

While the ESA is not without its issues (so many issues), it’s worth pointing out that the ESA has done a lot of good around here. It’s most certainly better than nothing, and it’s actually better than a lot of somethings, too – I’ve visited a number of countries with conservation systems that appear to exist only on paper. Despite the ESA’s quirks, conservationists working in the US have learned to work with what they’ve got, and they’ve managed to accomplish a fair bit.

Here’s how the ESA works. A managing government agency – usually the Fish and Wildlife Service (they cover terrestrial and freshwater species), but sometimes the National Marine Fisheries Service (for marine critters) – evaluates the plight of a species they suspect may be in danger of going extinct. There are a number of criteria investigated, but the bottom line is if the FWS or the NMFS believe the species will go extinct soon, the species is warranted to be listed as “endangered;” if they believe the species will become endangered soon, it’s warranted to be listed as “threatened.”

Somewhat surprisingly, critical habitat designation does NOT set important habitat aside to make a wildlife preserve. Rather, it simply requires that federally-funded activities on the critical habitat try to tread lightly around the critter while they go about their business. The main priority is human activity, not the critter. Indeed, most federal projects in critical habitat (development and otherwise) ultimately go through.

Private land acquisitions and restorations can be helpful, but are of course limited by available funds, and not all species benefit from this.

The stated goal of the ESA is to “de-list” the endangered and threatened species, that is, remove them from the list. The idea is that the species can recover to a stable size, and then we don’t have to worry about them anymore. Realistically, however, few endangered species will ever recover substantially, and the whole idea of hustling species off the list is rather wrongheaded. Here’s the deal: the number-one threat to most species on the planet is declining available habitat. Plain and simple. Using the US as an example, it’s important to remember that a few thousand short years ago there were no human inhabitants in North America, and the entire area was effectively one giant wildlife reserve. Now, the vast majority of the country’s area has been heavily modified. Some generalist species can cope with such wholesale changes, but most cannot.

Tear-jerking environmental catastrophes like the Deepwater Horizon oil spill in 2010 are quick to catch the public’s eye, but they are insignificant in their impact compared to anthropogenic habitat destruction and modification. De-listing a species that was in decline due to habitat loss because it has shown some initial signs of population stabilization is like sending someone home from the hospital because they were revived from cardiac arrest after chest-compressions… sure, they’re alive – but they’re in need of some extensive long-term care.

The enforced taboo on hassling threatened and endangered species may contribute to their initial recovery, but if habitat loss was the primary reason for a species’ decline (again: usually the case), then we cannot reasonably expect this species to demonstrate more than a modest recovery unless SUBSTANTIAL tracts of suitable habitat are secured in perpetuity (which is, of course, unlikely to happen). Otherwise, the species’ abundance will plateau as it reaches the maximum population size that its limited habitat can support.

I came across a puzzling statement by Doc Hastings (former Chairman of the House Committee on Natural Resources) made back in 2011. He was arguing a case to cripple the ESA, but one relatively peripheral statement he made stood out to me. He noted his surprise on how endangered species were stubbornly staying endangered:

“Of the species listed under the ESA in the past 38 years, only 20 have been declared recovered. That’s a 1 percent recovery rate.”

First of all, for ANY species to recover from the brink of extinction to substantially abundant in just 38 years – even with plenty of available habitat – is remarkable. But considering that most of these species still lack sufficient habitat to thrive, expectations of recovery are best left rather low. His apparent difficulty in recognizing the role of habitat in species recovery is unfortunate, especially considering than he was the chair of the committee that has “jurisdiction over most federal land use and water policies, including national forests, national parks and monuments, wilderness areas, national scenic areas, Indian reservations, and Bureau of Land Management lands.” *

Just to emphasize: a species that makes it to the ESA list is hanging on by a thread. If the species is in peril primarily because of habitat loss (usually the case), the ESA may boost the species’ success in a few key locations by critical habitat designation, and the ESA can occasionally help through the acquisition/restoration of a relatively small amount of new habitat. These factors may help stabilize the species near its current, critically low level. This is about as much as we can hope for without a dramatic increase in available habitat. And if we were to decrease the species’ habitat (e.g., by delisting it and de-designating its critical habitat), we would expect the species to suffer population declines all over again.

Clearly, success of threatened and endangered species is largely dependent upon available habitat, but beyond issues of the act’s efficacy, a serious side-effect of the ESA’s “species-first conservation” design is that it suggests to the public that species are more important than habitat; indeed, habitat may not even be recognized as playing a role in conservation at all. This rather backwards emphasis seduces the public into losing sight of the big picture of what’s really involved in conservation.

Here’s an example. If you’re from the Pacific Northwest of the US, you’ve undoubtedly heard of the spotted owl (Strix occidentalis). This species has been on the decline for quite some time now, particularly populations in Oregon and Washington (the local subspecies is listed under the ESA as “threatened.”). The species depends heavily on old-growth coniferous forests, of which we have relatively few left in the region.**

When the local subspecies of the spotted owl was listed, logging on federal land in the region was curtailed substantially (though logging on private land was essentially unaffected). This reduction in logging led a large number of locals to question why there was such a hubbub over a stupid bird. The reality of the situation was that conservationists had identified old-growth forests to be a “critically endangered” habitat in the region, and had shrewdly used the spotted owl to try and preserve the dwindling sections of exceptional habitat in the region. This was an attempt to save some of our most imperiled ecosystems including all of the different species that rely on these areas (not to mention the owl). Public misunderstanding of the ESA’s role in conservation has reduced this struggle to an overblown drama over a single species. Discussing this in terms of humans vs. owls is a gross oversimplification that completely misses the point.

All of this is not to imply that focusing on species conservation in ADDITION to a robust habitat conservation program would not be worthwhile. However, species-first conservation does mean that if you want a chance at protecting an exceptional habitat, you have to undertake the bureaucratic hurdle of finding an endangered species that depends on it. Not that it should be particularly difficult, considering how many species are at risk of extinction (and there are likely many, many species that fit into this category that are not protected by the ESA), but that means that if the species you chose ever LOSES protection, you have to find another species to take its place… meanwhile, the formerly protected habitat is left unprotected. And considering how long it takes to get an endangered species listed by the ESA (sometimes decades), that could be a very, very long time.

Furthermore, any critical habitat you get designated is only considered from the perspective of the endangered critter. Any other critters in the area (i.e., the rest of entire ecosystem) may be relatively unprotected, unless they happen to benefit from similar needs shared with the listed endangered species.

Finally, it’s worth mentioning that the FWS and the NMFS rely heavily on 3rd party scientists to inform them of species in need of protection; this citizen involvement is actually one of the most critical components of the ESA (though it’s often contested), as it’s laughable to suggest that an underfunded government office could safeguard the entire nation’s biodiversity unaided. While the FWS and NMFS can technically propose species for endangered or threatened status on their own volition, they’ve demonstrated that they generally need to be prodded into action by an insistent 3rd party (often via litigation).

Interestingly, a 2012 study in Science magazine found that the FWS tended to propose species for listing that were less likely to be in conflict with development projects, compared to citizen-proposed species, but citizen-proposed species tended to be MORE endangered that FWS-proposed species. The FWS, apparently, has a tendency to turn a blind eye to even the most critically endangered species, if the situation gets a little hot… further demonstration of the importance of 3rd party input in keeping the ESA on track.

So…there you have it. Kind of a lot of information. But what YOU should take from this is a little understanding of how conservation works in the US, and some of the rather nonsensical architecture of our country’s crown jewel of environmental law. This will also hopefully give you some context when you hear about some of the many conflicts surround the ESA (e.g., the spotted owl).

*From Hastings’ facebook page. And yes, just in case you were wondering, with a septuagenarian former congressman on facebook, there is now sufficient evidence to suggest that facebook is no longer hip.

**As an aside, it’s a common misconception that Oregon and Washington are heavily forested – in reality, we have a large number of semi-feral tree farms. Much of the region’s public and private lands were logged in the last 150 years or so, leaving us with relatively few substantially intact tracts of forest. Many of the logged lands were replanted with a crop of Douglas fir trees, but even decades after replanting, these uniform monocultures are more ecologically akin to a soybean field than to a mature forest.