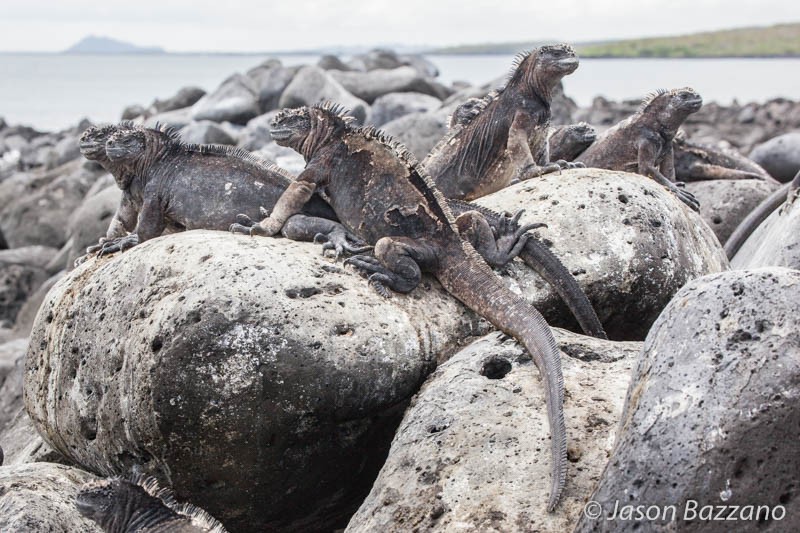 There’s a bewildering array of life of this planet. Scientists are working hard at naming and classifying this diversity, and they are likely many hundreds of years away from even being CLOSE to finishing a rough draft. But where did all of this diversity come from in the first place? Where do new species come from?

The genetic makeup of all living organism is constantly changing – albeit very slowly – as mutations accumulate in their DNA. For a single, multicellular INDIVIDUAL like you or me, a mutation in the DNA of one of our somatic cells (cells that aren’t sex cells; e.g., skin, muscle, neurons, etc.) usually doesn’t mean much. It probably won’t change anything noticeable, though it may eventually lead to an aberrant cell lineage causing dysfunction (e.g., cancer) later in life as additional mutations in that cell accumulate, steering it off course. If a mutation occurs in one of our gametes (sex cells) however, this will lead to a (still random, and probably very subtle) heritable change in our offspring.

The gametes of sexual organisms are quite different from their somatic cells. Each gamete takes the sum total of genetic material of the individual, scrambles it, and divides it by two. This scrambling (called recombination) results in a sperm or egg that is genetically unique. When a sperm and egg meet and reconstitute the whole genome from the two halves, the result is a novel combination, substantially different from the two parents (though obviously with some similarities). In some instances, this swapping is given a degree of order by sexual selection, wherein individuals select for particular traits (representing a pool of potential alleles) in their mates.

The result of all of this mutation and gene swapping is a vast amount of raw diversity in a POPULATION: many individuals with very different genetic makeups. At this stage, this diversity may be fairly uncoordinated. Mutations are, of course, random occurrences, and while mate choice can select for particular characteristics, many of the products of this gene swapping are also chance events. Natural selection and further rounds of sexual selection act on this diversity, applying a degree of order to the chaos.

So now we have a vast sea of diversity and selective forces acting on that diversity that favor combinations of traits that are better suited to the particular environment in which they occur. How does this generate a NEW species, and how – by extension – did we wind up with all the species currently on the planet?

Reproductive isolation and lots and lots of time are the two main factors involved here. Split a population into two parts that lack substantial gene flow (say, strand a couple iguanas on a deserted island, with no mating opportunities with their mainland friends), wait a REALLY long time… and eventually you’ll have two separate species.

This process of one species splitting into two is called speciation. There are actually a number of potential driving factors involved in speciation, but these can largely be summarized by these simple realizations:

A familiar example of speciation is the case of the Galápagos marine iguana (Amblyrhynchus cristatus). Long ago, a small population of iguanas (as few as a single male and single female, or potentially even a single gravid female) from mainland Central or South America arrived in the Galápagos archipelago by chance, and became established. Because the chances of additional iguanas arriving from the mainland are so slim, this population was reproductively isolated from their source population. The different environment that these colonists found themselves in meant that they were subject to new selective forces which, over the course of millions of years, has resulted in a morphological and genetically distinct group of organisms, which we call a separate species.

Of course, you don’t need a deserted island to split a population into two. Mountain ranges rise up; continents split apart; deserts wax, glaciers wane, rivers change course, and many, many other potential barriers to dispersal are constantly in progress all across the globe.

Interestingly, humans have embarked on the Great Ecological Experiment, wherein we’ve shuffled organisms all across the globe into areas where they were formerly unable access; sometimes intentionally (e.g., cane toads in Australia), and sometimes unintentionally (e.g., black rats everywhere). If these newly established populations are isolated from their source populations for a very long time they will eventually become substantially divergent (i.e., new species) as random chance and different selective forces carry them along a new evolutionary trajectory.

We won’t be around to see the results of the Great Experiment, but there are a number of interesting studies that have noted subtle differences that have already developed between recently isolated populations.

So….tah-dah! That’s where species come from. I understand that these concepts are not well-understood in the US, so I’d be interested in starting a dialogue here so I can try and see what the trouble is. Do you (or someone you know) find an alternate explanation more plausible? Please explain in the comments below!