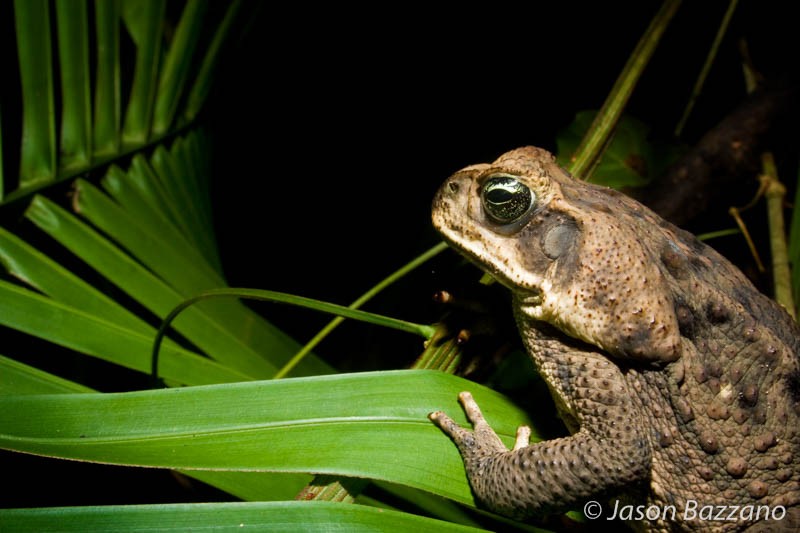 What is a species? It’s a simple enough question. How complicated could the answer be?

Pretty darn complicated, as it turns out.

Defining the term “species” goes beyond just giving a bunch of similar critters a collective name: it’s about deciding what is “same” and what is “different” in the natural world. And oftentimes those boundaries are far from distinct.

It’s human nature to organize and name things. Perhaps this is because giving something a name and relating it to other similar things is often the first step towards learning something meaningful about it. However, the natural world is quite resistant to imposed order, and the organic procession of life over the past 3.5 billion years has produced many wild-card lineages that resist a neat and tidy classification.

Think about it for a second. Is a horse a species? Okay, that’s an easy one. What about a mule, though? It’s not a horse OR a donkey. Is it a new species, then? Perhaps you object to calling mules a new species because they’re non-fertile hybrids – they can’t exist without their parent species. Okay, then, what if they WERE fertile, and there were millions of them muling around all over the place, completely independent of horses and donkeys?

While that may sound far-fetched, there are actually a number of hybrids that do this. Consider the many “species” of whiptail lizards in the American Southwest that are indeed fertile hybrids. These lineages were each formed by a single hybridization event between two species. Each union resulted in a single hybrid female. That female then went on to clone herself by laying viable unfertilized eggs that hatched into genetic replicas (cool, huh?). Then her clones cloned themselves, and so on…creating vast armies of what are essentially copies of the exact same lizard. Should THESE clones be considered species? They’re hybrids, but they’re genetically distinct groups that propagate themselves – without any need for the parent species.

And as long as we’re talking about cloning, why don’t we go whole hog and mention the elephant in the room: entirely asexual organisms. What about bacteria and all their unicellular friends? Among many other microscopic hijinks they routinely engage in, these bugs can often pick up segments of DNA from unrelated organisms and incorporate it into their genome through a process known as horizontal gene transfer. If a bacterium picks up a piece of DNA from another unrelated bacterium, is the resultant organism the same species? Is it a hybrid? None of the above?

As you can probably imagine, the question of “what is a species” is actually a major point of contention among some biologists. Indeed, there are actually several different definitions of a species. One of the most popular ones, known as the “biological species concept,” states that, roughly, if the critters mate in the wild, they’re the same species. If they don’t mate in the wild, they’re different species.

The biological species concept works pretty well for many situations, but it does bring up some new issues. For example: let’s consider the cane toad, Rhinella marina (see the photo at the beginning of this post). This is a rather hardy species of toad native to Central and South America. Introduced by humans to Australia in the 1930s, it quickly became firmly established and extremely abundant. Given that the toads in Australia can no longer interbreed with their friends back in their Neotropical homeland (it’s a very long swim for a little critter that doesn’t tolerate salt water), are the cane toads in Australia a separate species?

Clearly, most people would object to calling the Australian cane toads a separate species just because they live in Australia: the genetic makeup of the Australian population is not unique – it’s also found in Central and South America (not to mention a number of other introduction sites across the globe).

I suppose we only have ourselves to blame for this complication even arising (it’s our own fault that the toads are in Australia), but at the same time, this is a common situation, and worth taking into consideration: the number of instances of organisms introduced by humans outside of their native range (and reproductively isolated from their original population) is tremendous. At any rate, this technicality is reconciled by a different popular definition of species: the phylogenetic species concept. In short, this defines a species as a single, discreet nugget of genetic diversity: this is a group of organisms that are closely related and that share a particular set of traits that sets them apart from other groups of organisms.

The phylogenetic species concept is great – I actually tend to rely on this definition myself – but it’s not without its own issues. One of the biggest problems with the phylogenetic species concept is that there is no easy way to decide how different the genetic diversity of a group of organisms must be from their closest relatives to warrant considering them a separate species.

Are these separate species?

Now are they a separate species?

What if the lizards also ate different prey items? Et cetera, et cetera…you get the idea. Where do you draw the line?

Here’s an example to illustrate this point: say you have a population of salamanders on one side of a river that look EXACTLY like salamanders from another population on the other side of the river. A troublemaker scientist comes along (like they do) and examines their genetic makeup. She finds that these two populations are EXTREMELY different genetically, even though they look exactly the same.

Should these be considered separate species? Some people might be inclined to say “no – they LOOK the same, so they ARE the same.” Well, what if one population was better adapted to a particular type of soil and water chemistry? Or perhaps resistant to a specific disease, while the other population was not? What if (to take a page from the biological species concept) they don’t interbreed in the wild? These are traits that we can’t readily see, but nevertheless define a population and how its individuals interact with their environment, evolve, and – ultimately – persist or perish.

So then, back to the original question: what is a species? The truth is, the term “species” is inherently a human-imposed construct – there is no straightforward answer.

This brings us to one of the ultimate realizations in biology: all of life is an ever-branching, anastomosing, and cross-pollinating network of genetic diversity. As different branches of this tree of life evolve further apart, we are inclined to call them separate species, but in reality, even the smallest POPULATION of organisms possesses a unique genetic makeup – even unisexual and asexual organisms quickly develop differences from their clonal relatives as mutations accumulate over time.

Try as we may to lump and split and shuffle and label, massaging our classification systems to match life’s squirrely genealogy, as long as we strive to arrange organisms into indivisible groups containing more than a single individual, we will be plagued by a never-ending taxonomic migraine.

So then, why even bother trying to classify all this diversity? Well actually, there’s quite a lot at stake. I’ll get into this with my next post.