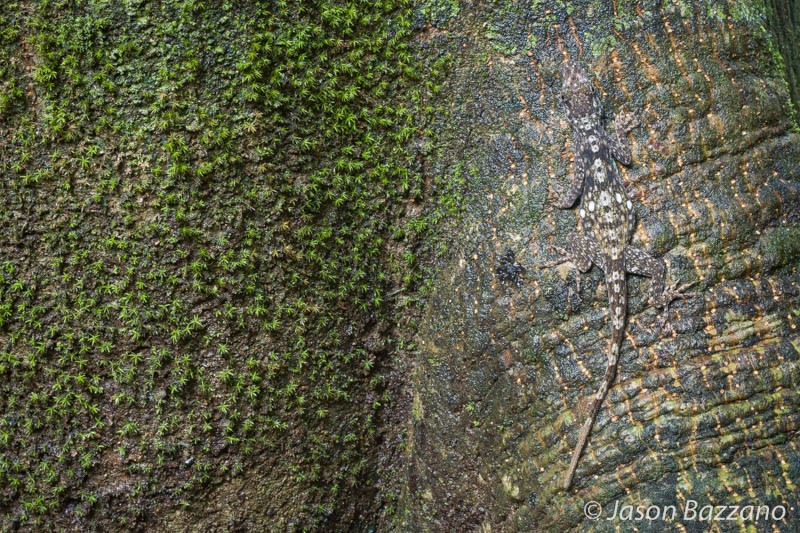 So what is evolution, anyway? I find that most non-scientists I talk to really have absolutely idea what evolution is. That’s not to say they don’t THINK they know what evolution is… they’re just completely wrong.

This really is a shame. Evolutionary biology is one of the most important foundations of our understanding the natural world, and indeed as the evolutionary biologist Theodosius Dobzhansky famously observed, “Nothing in biology makes sense except in the light of evolution.”

I’m not sure why there is such rampant un-understanding and misinformation about evolution. It’s certainly not for lack of attention: a tremendous amount has been said about evolution in popular culture. Unfortunately, the vast majority of this coverage has been misleading, off-base, and utterly wrongheaded. Evolution has been made out to be this controversial, complicated thing. None of this is true: evolution is an extremely simple concept that is not particularly controversial.

Before I define evolution, however, there are four basic terms that we need to understand: DNA, gene, allele, and mutation.

Still with me? Okay, so here it is, the definition of evolution. Are you ready?

Evolution is changes in allele frequencies in a population over time.

Every single species that has ever been studied in an evolutionary context has been shown to evolve. No species has ever been discovered that does not evolve. Indeed, in order to meet the standard DEFINITION OF LIFE, a species must evolve. If it doesn’t evolve, it’s not considered to be alive.

At this point, you may be thinking, “hold on – I’ve heard a lot of people get really fired up about evolution. Can it really be that simple?” Well, yes and no. Evolution in and of itself is a very easy idea to grasp. However, the field of evolutionary biology – the field of study that investigates how organisms change over time – is indeed very complicated.

So we’ve established that populations of organisms change over time, but if mutation is random, how can it be that all organisms on the planet are so well-suited to their environment? Is it a coincidence? Not at all.

Let’s revisit the whole mutation thing. If you were to randomly change a very complex blueprint (let’s continue with the skyscraper analogy), what do you think would happen? In a very complicated system with many interdependent parts, random change is usually a bad thing. If you’re lucky, nothing serious will go wrong; for example, maybe your random change alters the color of the trim around the windows from off-white to light beige. No big deal – nobody even notices. On the other hand, perhaps you plug the sewage lines into the HVAC system. That would be a pretty serious problem.

Every now and then, however, a random change actually improves the situation. Say your random change reduces the number of windows on the south-facing side of the building. If your building happened to be in Arizona where overheating can be a serious issue, the reduced solar gain could help keep your occupants nice and cool. This change has just made your building incrementally more suited to its environment. (Note that if the building was located in the state of Washington, where conditions are mild and overcast for much of the year, fewer windows would probably NOT be appreciated by the occupants. Remember that “adaptive” is context-dependent.)

So we’ve established that – thanks to mutations – populations of organisms are constantly changing, but those changes usually aren’t helpful. How do we keep the good changes and get rid of the bad ones? This is where things get really interesting.

Those rare changes that make an organism more successful in its environment lead to reproductive success (the critter has more offspring), which in turn leads to an increase in organisms with that beneficial trait. Organisms that are not as well-suited to their environment are less successful and have fewer offspring. This is the gist of the theory of natural selection.

Here’s an example of natural selection. Say you have a colony of bacteria that causes disease in humans. We use a number of chemicals that kill these bacteria; called antibiotics, these have been working out pretty well for us since the early 1900s or so. However, occasionally a random mutation arises in the DNA of a single bacterium that happens to make it partially or fully resistant to an antibiotic. This little bug now has a major advantage – it is now much more well-adapted to its environment (i.e., a human full of antibiotics), and it has very little competition (all of its non-resistant friends are dead). So now it can replicate like crazy, and all of its progeny will enjoy the benefits of the initial mutation that they have all inherited. So then, we hit the bugs with a new antibiotic. That works for a while… until a new mutation renders the second antibiotic ineffective. Now the bugs are resistant to TWO antibiotics. Starting to see a trend? Natural selection in action!

Pathogenic bacteria are great models of natural selection because their generation time is typically very short (sometimes just a few hours!), and the selective forces acting on them (i.e., antibiotics) are often substantial. Mutations that make them less successful get weeded out extremely quickly, while mutations that make them more successful rapidly become well-represented in a population. Organisms that have longer generation times and less of a selective force will take far longer to exhibit substantial changes due to natural selection.

Natural selection is an explanation for the origin of the diverse strategies that organisms use to be successful in their environment. It is not, however, the only explanation. Sexual selection, for example, is another; there are more. The reality is that the success of many populations is likely a result of multiple different factors, though natural selection is among the most far-reaching and well-studied of these theories.

One final note: evolution is a broad description of the changes that we see in all life forms on the planet, and as such, it is a LAW. I noted in a previous post that biologists are sometimes hesitant to call anything in biology a law, so you will likely encounter some that say “law” and that don’t. Calling evolution a law, however, helps clarify its meaning and I encourage you to remind people of this when you hear them misuse the word.

You will likely hear the term “theory of evolution,” though – so what’s that about? Clearly, since evolution is not an explanation, it’s not a theory. When someone says, “theory of evolution” (assuming they know the definition of the words “theory” and “evolution”) they usually mean “theory of natural selection,” or “the multiple theories that describe how species incrementally become better suited to their respective environments.” The latter is kind a of a Victorian-style mouthful, to be sure, and even scientists on occasion will use the “theory of evolution” shorthand to save their breath. However, with a topic that is so universal – both in its importance and its misunderstanding – it’s worth being as precise as possible when discussing it, in order to avoid further confusion.