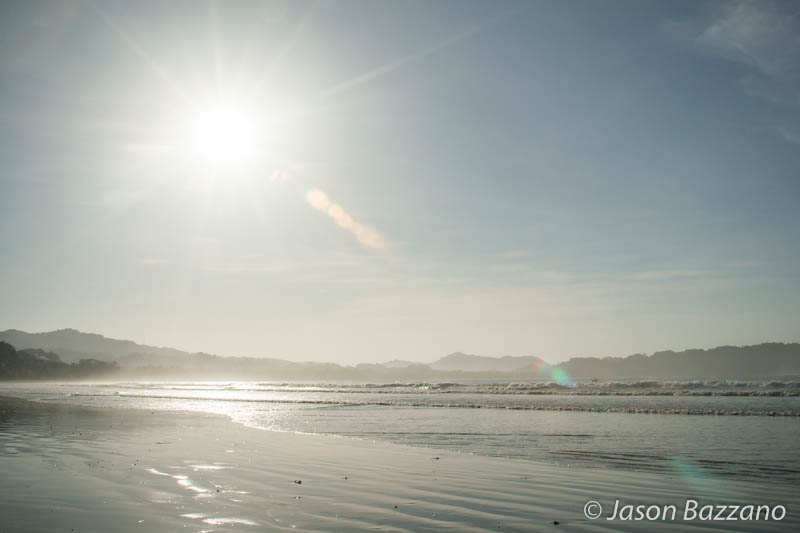 West of the Cascade Range in the Pacific Northwest, under the climatic influence of the Pacific Ocean, we have two seasons: dark and light. The dark season predominates: the sun largely remains hidden behind a thick layer of clouds for about 8-9 months out of the year (roughly from the end of September through May or June). It doesn’t necessarily rain a whole lot (though it often does), but the days are gray, the light is dim and flat, and many people retreat into their homes and offices, impatiently waiting for the next light season to begin.

When the sun finally returns, our oversensitive retinas are scorched by the unattenuated fury of nuclear fusion on our eyeballs, and our brains – accustomed to flat, shadowless light – are confused by the sudden appearance of dark doppelgangers lurking behind every opaque object.

Now is the time that the pasty, translucent multitudes throw on their shorts and flip-flops, stagger into the blinding light, and spread-eagle themselves on any available patch of grass to “soak up some vitamin D.”

A few days after the first reemergence of the sun, a substantial percentage of the populace is red and peeling as their skin abandons them in an apparent search for a more responsible caretaker.

Now that it’s late May and the light season is well underway, I thought it might be worth exploring the topic of sun exposure. Especially considering that chronic overexposure to sunlight is a major contributor to the recent statistics suggesting that one in every five Americans will develop skin cancer.

So what is skin cancer, and what causes it? As with any type of cancer, it starts with a single renegade cell. That cell has sustained damage to its DNA in several critical places, negating its responsiveness to commands from the rest of the body telling it to stay put and stay out of trouble. Now the maverick divides whenever it wants, it steals resources from the rest of the body, and it may detach from its original location and drift to other places in the body, starting new colonies (i.e., it metastasizes).

It usually takes a fairly long time for a cell to accumulate the precise constellation of DNA damage to transform it into cancer. Furthermore, if a cell sustains serious DNA damage, it usually self-destructs: in such a case where accurate repair is unlikely, it’s better for the cell to die than live on with a corrupted list of commands.

Every time you expose yourself to sunlight, ultraviolet radiation slams into your skin. These high-energy photons blast apart anything they come in contact with, including collagen and elastic fibers (causing wrinkles), as well as the DNA of your skin cells.

If you’ve gotten to the point where you’ve sustained a sunburn, you’ve managed to do severe enough damage to your skin cells that some of them have died.

That’s actually the good news. Remember, you WANT your damaged cells to die. While the dying cells in a sunburn can make you uncomfortable, it’s not going to give you cancer. You get cancer from the cells that SURVIVE. And indeed, many of the cells that have sustained DNA damage do survive. And as they accumulate more and more DNA damage, they get closer to going rogue.

“Hey, no problemo, I use sunscreen – that’ll keep the cancer away, right?”

Contrary to popular belief, sunscreen has only been demonstrated to reduce the incidence of sunburns – it has NOT been shown to substantially reduce the chances of getting skin cancer.*

Indeed, as sunscreen usage has increased over the past few decades, so have the rates of skin cancer. This does not imply that sunscreen causes cancer (though it has been suggested), but rather it’s likely due to the fact that sunscreen users often have a false sense of confidence that the sunscreen is protecting them from skin cancer, and therefore they spend even more time exposed to UV radiation.

Sunscreen will help keep you from burning, and it will reduce the damage to collagen and elastic fibers in the skin (and thus reduce the development of wrinkles), but with or without sunscreen, increased exposure to the sun increases your likelihood of getting skin cancer.

Now let’s talk about vitamin D. Vitamin D is indeed an essential nutrient that we can get from exposure to sunshine. We need it to absorb adequate amounts of calcium from our food. And without adequate levels of calcium, kids get rickets, adults get osteomalacia, and if your blood calcium levels get really low, it can cause spasms of the throat muscles leading to suffocation and death. No bueno.

In order for our bodies to build vitamin D, we need high-energy photons of light to penetrate into our skin and convert vitamin D’s precursor molecule, 7-dehydrocholesterol, into cholecalciferol. This happens quite rapidly when we’re exposed to sunshine, especially when the sun is relatively high in the sky.

We only need the equivalent of about 5-10 MINUTES of sun exposure on our hands, arms, and face just a couple times per week in order to manufacture sufficient quantities of vitamin D. (more time is necessary in the winter, early in the morning or late in the afternoon, or if you have dark skin).

Furthermore, we can get vitamin D from dietary sources. In the US, all of our dairy products are fortified with vitamin D, as are a number of other foods (some cereals, orange juice, etc.) – no sun exposure required.

The point is, you need exactly zero sun exposure to get all the vitamin D you need, and even without substantial dietary supplementation, you need relatively small amounts of sun exposure to fulfill this need.

Now, I’m not saying you should pop a couple vitamin D pills, go back inside, and wait for September to roll around again. It’s very easy to enjoy the sunny weather without substantially increasing your chances of skin cancer. If we’re talking about a short walk outside, then no worries – shorts and flip-flops are fine. But if you’re going to be out in the sun all day, your best option is to simply cover up. Long-sleeved shirts, trousers, close-toed shoes, and a wide-brimmed hat are de rigueur for any extended foray into the sunshine, especially if you have light-colored skin.

As someone who spends a lot of time outside, I understand that completely covering up is not always the most comfortable thing to do when it’s roaring hot. But, hey, better than cancer, no?

In case you’re looking for some gear inspiration, here’s an example of a long-sleeved button-up shirt I use in the field: lightweight material, dries quickly, and blocks UV effectively. Any hat that has a wide brim is fine, I would just suggest something that fully covers your face and neck and has a reasonably stiff brim so it doesn’t flop into your line of sight at the slightest breeze. As far as trousers, I tend to use a baggy pair of old army surplus camos – not super-comfortable in hot weather (though the bagginess seems to help), but I needed something pretty durable for bushwhacking through pokey desert scrub.

Now that my wife and I have a daughter who accompanies us on our outdoor adventures, we have to be especially careful about her sun exposure. For the time being, she hangs out in a crib under a canopy when we’re at camp, but once she starts walking we’re going to have to figure out a way to keep her sun hat firmly attached to her scalp (glue, maybe?).

Incidentally, for those of you with kids: children tend to have less skin pigmentation than adults, making them more susceptible to photodamage. Furthermore, people who had frequent sunburns as a child have an increased risk for the most dangerous form of skin cancer (malignant melanoma); parents, this is YOUR responsibility.

In conclusion, it takes very little effort to enjoy yourself outside while substantially reducing your risk of getting skin cancer. It just takes a little planning, and of course, a little science.

If you have an effective strategy that keeps you and your kids safely enjoying the sunny weather, please let me know in the comments below. Happy summer!

*Of the three types of skin cancer, some preliminary studies suggest sunscreen imparts a minor reduction in squamous cell carcinomas, an increase of risk for basal cell carcinoma, and no change in risk for malignant melanoma (by far the most dangerous type of skin cancer).